Ssamba has passed away after her battle with her illness.
She was a very young author at the age of 33.

Ssamba debuted through Comico in October 2014 with Fluttering Feelings and drew a total of 68 chapters until March 2016.

Fluttering Feelings was not only loved in Korea, but also in various countries around the world such as Japan, Taiwan, Thailand, and Indonesia after being translated.

It would be an understatement to say that the Comico we have today was largely due to the efforts of Ssamba and Fluttering Feelings.

Ssamba was an author that we at Comico loved and respected, due to her bright and pure personality, as those of you who follow her are familiar with.
There were times when her unexpected sense of humor would brighten up the mood.
Her refreshing and pure disposition never changed, from the time we met her until the time we had to say farewell.

Despite this unexpected goodbye to those who were concerned, we realize that there will be no way to relieve this feeling of emptiness.
We pray that she is able to rest in peace and offer this farewell, to all of the fans who have supported Ssamba and Fluttering Feelings, in her place. 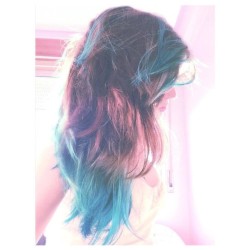